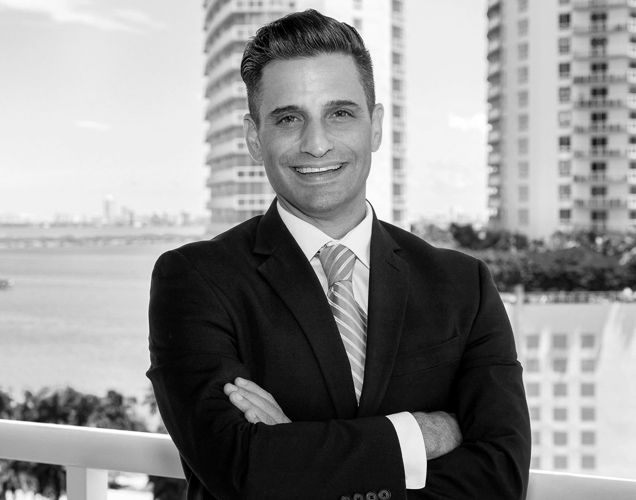 Michael is currently Director of Programs at the Institute for Data Science and Computing at the University of Miami, working on projects involving artificial intelligence, in various domains including smart cities, bioinformatics, healthcare, climate change, and ethics.

He holds a Ph.D. in neuroscience and complex systems, having researched networks of the human brain involved in perception, memory, attention, with an emphasis on the framework of embodied cognition.  Michael is also an amateur athlete, focusing on a variety of different movement modalities. He is passionate about the subject of peak performance, physical and cognitive enhancement, the intersection of neuroscience and fitness, the relationship between mind and body, and has studied and investigated flow science for many years.

Michael also has a Masters's degree in philosophy, specializing in philosophy of mind, consciousness, and science, and is a professor of philosophy and critical thinking for 10 years, teaching ethics and moral reasoning, philosophy, logic, as well as comparative religion.  Michael is also very passionate about science communication, transhumanism and exponential technologies, AI, and space science.  He is currently serving on the Singularity University Miami Chapter leadership team. He used to work at NASA many years ago and even recently applied to be an astronaut.

Michael's secret to life-long happiness is learning, and some of his hobbies include playing chess, reading lots of books, playing guitar and piano (for 30 years), traveling, studying and enjoying whiskey,  and anything Star Trek.

Socrates said, "The unexamined life is not worth living." And Aristotle: "we must philosophize."  We have no choice but to reflect on our human situation, and learning how to think about our own thinking processes is extremely important for improving our lives, and maximizing our potential.  Michael's coaching style draws heavily upon his studies and research in philosophy, critical thinking, neuroscience, and consciousness --  it relies on logic, reason, dialectical conversation, the search for truth, the importance of understanding, ethics, and perhaps most importantly, guidance and principles based on empirical, data-driven evidence, and peer-reviewed scientific research.

Overall, Michael is very friendly, highly empathic, and ethical, and loves to get to know people with brutal honesty, relate to them, identify with them, and ask lots of questions, as he believes questions are the engines of progress. He approaches his clients the same way.  Michael has always lived his life trying to maximize his potential, both physically and mentally (although he thinks there isn’t much difference between them!), which has been both very challenging and very joyous at the same time.  He shares this view with his FRC clients, discusses and seeks it within them, and it always remains the anchor in his conversations.

The Singularity is Near — Ray Kurweil

The Demon Haunted World: science as a candle in the dark — Carl Sagan,